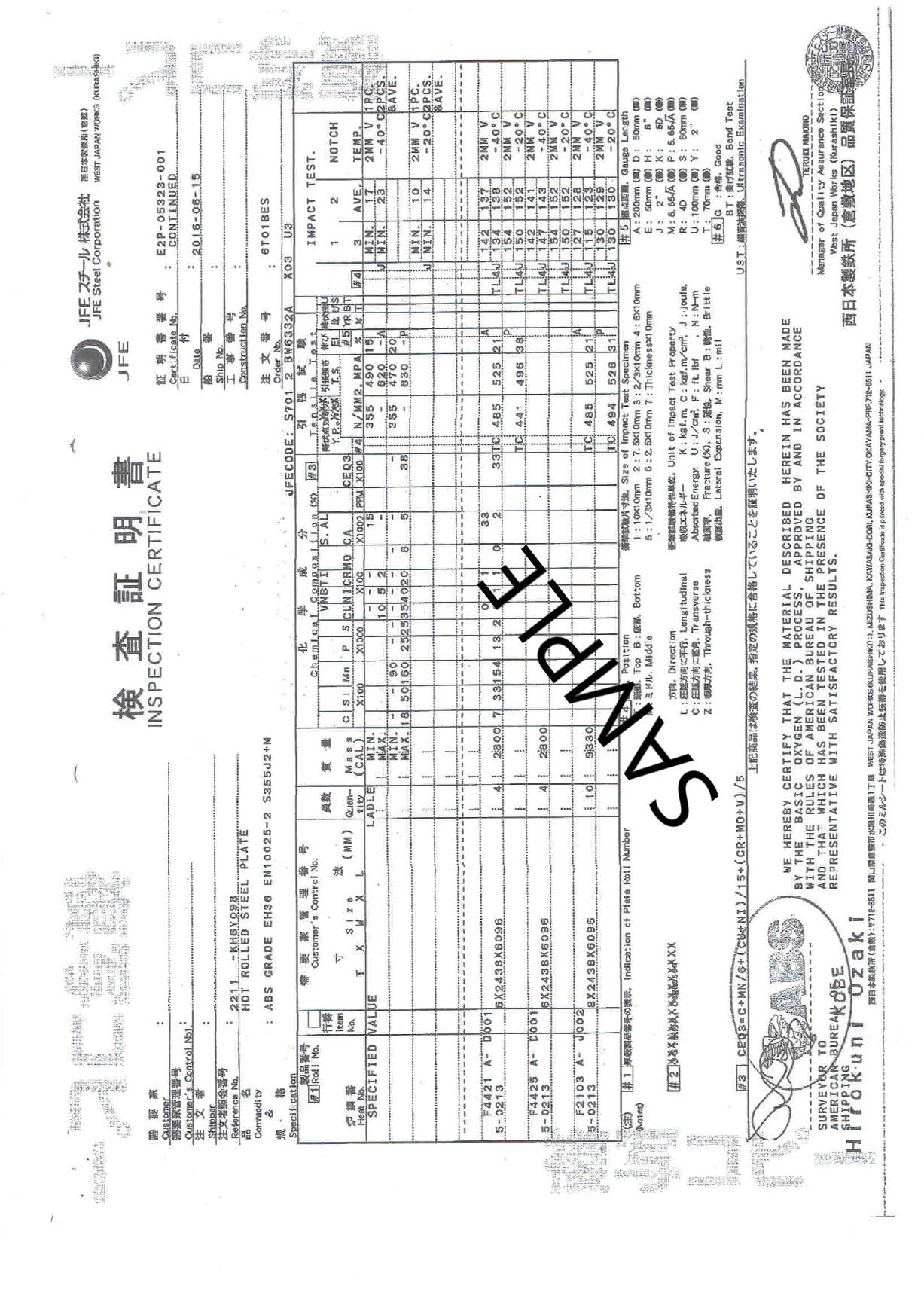 The requirements on structural steel plates for offshore structures differ because of the varying fields of application and location. Today, there are four major standards existing, beside of the shipbuilding standards, which describe the severe requirements on structural steel plates for offshore constructions.
Steelmakers have developed and improved new processes for making low-carbon, low-impurity, high-strength steel plates with high toughness and improved weld ability at low cost.

High-strength structural steels for offshore fabrication can be generally classified as follows:

The standards EN 10225, BS 7191 and the material data sheets of NORSOK (Norwegian standards) are primarily applicable in Europe (North Sea).

The API-standard is mainly applied in American and Asian areas. However, the different standards may also be used in other areas. In some parts, the standards correspond to each other. So, the Norsok standard refers to the EN 10225 which itself is based on the BS 7191. The more the standards approach each other, the easier it will be for the steel fabricator to develop together with the engineering company’s improved steel grades in an economic way.

Steelmakers have developed and improved new processes for making low-carbon, low-impurity, high-strength steel plates with high toughness and improved weld-ability at low cost. This general type of steel is described in the new API 2W steel specification. This new API specification was developed to take advantage of the new technology of steelmaking.

The use of these steels, referred to as Thermo mechanical Control Process (TMCP) steels, can be an effective cost-saving means for fabrication of offshore structures. This report describes the characteristics of the TMCP steels. These steels can be expected to provide improved weld-ability, greater strength, and toughness than conventional carbon manganese normalized steels at the same or lower cost.

TMCP steels were developed in the late 1970s early 1980s and are characterized by very fine grain (ASTM 10-12) microstructures with higher strength and toughness than conventional carbon manganese, micro alloyed, heat-treated steels. The cost should be less when compared with conventional C-Mn normalized structural steels because the cost for heat treatment more than offsets the additional cost for the controlled rolling and accelerated cooling.

In the past, the role of hot rolling was only to achieve the nominal dimensions like thickness, width and length. If the quality requirement was severe, the off-line heat treatment such as normalizing or quench and tempering had been added. As the quality requirement became more severe, the new process for plate rolling had to be developed, and is now recognized as TMCP. For the TMCP process, the total control during reheating of slab, plate rolling and cooling after plate rolling is important. According to the exact definition of TMCP after IACS, TMCP includes TMR (Thermo-Mechanical Rolling) and AcC (Accelerated Cooling). But when people speak of TMCP, they usually think of AcC as TMCP.